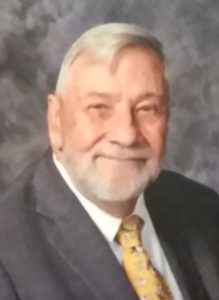 William Joseph Jansen, passed away at the age of  81, surrounded by his loving family, on Friday, October 11, 2019, at Christ Hospital in Cincinnati, Ohio.

In his youth, Bill was a proud member of the United States Navy.  Later, Bill, along with his wife Rosario, founded and ran Microfilming of Cincinnati which was later renamed Jansen Image Information Management Company (JIIMCO) for nearly 36 years.  In the early years of a long and happy marriage, Bill and Rosario were very involved in the Christian Family Movement. They also sponsored refugees from Vietnam and Ethiopia bringing them into their homes and supporting them while they established new lives in the United States. Bill wholeheartedly believed in helping other people and was a volunteer with the Saint Vincent DePaul Society for over 25 years.

His children, grandchildren, and great-grandchildren were his pride and joy.  He never met a stranger and loved a good conversation.

Following the visitation, Mass of Christian Burial will be Celebrated at 12:00 PM at the Cathedral Basilica.

William will be laid to rest beside his wife Rosario at St. John Cemetery in Ft. Mitchell, KY.

Memorial donations may be made to The Cathedral Society of St Vincent de Paul, 1140 Madison Ave, Covington, KY 41011.

May it comfort you to know that the staff and residents of Maple Knoll Communities.
Hold you close in our thoughts and prayers.
Our deepest sympathies,
Chaplain Nancy Vilaboy-Allphin

I love you all

My sincerest and heart felt condolences to you all. Uncle Bill was an amazing and special man. I will miss him dearly.