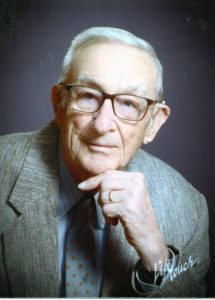 Walter Hurshel Howard Sr., 94, of Burlington, KY passed away peacefully at home surrounded by his family on August 25, 2020. Hurshel was born on October 15, 1925 in Pine Knob, KY to the late Walter and Rissie Howard and he was the eldest of their seven children. Hurshel was a true patriot, and he proudly served his country for 22 years. He enlisted in the Navy at the age of 17 during WWII and served on a Minesweeper called the USS Implicit, serving in both the European and Pacific Oceans. He also retired from the US Air Force where he served in the Vietnam and Korean Wars. Upon retiring from the military, Hurshel moved to Burlington, KY where he lived a very active life until his passing.  Hurshel enjoyed the simple things in life; he loved to mow grass and work on his little farm. He also enjoyed playing golf and spending time with his family. He was a member of Burlington Baptist Church, and he will be missed by his family and friends, and will forever be in their hearts. He was preceded in death by his first wife: Doris (nee: Fuller), his second wife: Ruth (nee: Wallace), his siblings: Martha Lemons, Rose Gurren, Alma Wilson, and Jack Howard, and his son-in-law: David Booth. Hurshel is survived by his loving children: Laura (Ray) Crooker of Union, KY, Walter (Mary) Howard Jr. of Venice, FL, Kathleen Booth of Burlington, KY, and John (Terri) Howard of Cynthiana, KY, his 9 grandchildren and 5 great-grandchildren who affectionately referred to him as “Poppy”. It was Hurshel’s wish to have his funeral services handled in private at the convenience of his family. Linnemann Funeral Homes is handling the arrangements and online condolences can be made at www.linnemannfuneralhomes.com. In lieu of flowers, memorial donations can be made in Hurshel’s honor to the Wounded Warrior Project at P.O. Box 758516, Topeka, Kansas 66675-8516 or to the American Cancer Society at P.O. Box 22478, Oklahoma City, OK 73123 or to the Alzheimer’s Association at 225 N. Michigan Ave., Fl. 17, Chicago, IL 60601.

Laura, Walter, Kathy, and John, my deepest condolences in the loss of your dad. You are in my thoughts and prayers. Carol Babb Vastine