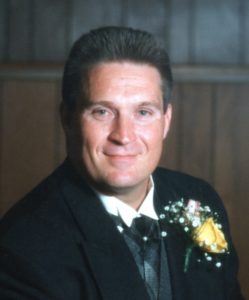 Thomas Edward Heflin, 60, of Burlington, KY passed away Thursday, August 22, 2019 at St. Elizabeth Hospice in Edgewood, KY. Thomas was born on January 18, 1959 in Canton, OH to Harold and Sally Heflin. He proudly served his country as a MP in the United States Army.  Tom was a loving husband and father, and spending time with his children was his true joy. He cherished his time camping with them, and teaching them to shoot and fish. He also enjoyed staying in shape, whether he was out for a run, or bodybuilding at the gym, exercise and fitness was always important to Tom. He was preceded in death by his father: Harold Heflin Sr., his son: Thomas Edward Heflin II, his daughter: Kimberly Heflin, and his brothers: Harold Heflin Jr., and Eric Heflin. Tom is survived by his loving wife: Lynda Heflin, his children: Nathaniel Edward Heflin, Gabriel Thomas Heflin, and Elayna Danielle Heflin, his dear mother: Sally Heflin, and his sister: Sharon Liolios (Joe Altmore). A memorial visitation will be held for Thomas on Saturday August 31, 2019 from 11am until 12pm at Hebron Lutheran Church, 3140 Limaburg Rd, Hebron, KY 41048. A memorial service will be held following the visitation at 12pm at the Church. In lieu of flowers, memorial contributions can be made to Wounded Warrior Project at PO Box 758517, Topeka, Kansas 66675-8517 or online at www.woundedwarriorproject.org.