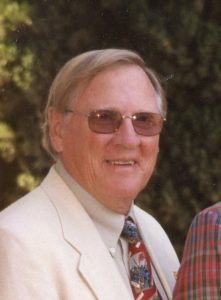 Robert “Bob” C. Wiltse, 80, of Union, KY, passed away peacefully on Monday, September 6, 2021, at Emerald Trace in Elsmere, KY.  Bob was born on February 25, 1941 in Caro, MI to the late Edward E. and Dorothy Y. (Howarth) Wiltse.  After graduating from Lake Orion High School, Bob attended Western Michigan University from which he earned a Bachelor of Science in Economics. Bob proudly served his country in the U.S. Army and later graduated from Detroit College of Law where he obtained his Juris Doctorate and was a member of the Michigan Bar Association.  During his life, Bob worked 37 years as a Federal Agent Law Enforcement for the U.S. Customs, was a member of the National Association of Retired Federal Agents, and AFCSA.  Bob was a corvette enthusiast and most recently was a member of the Ft. Thomas Corvette Club, along with other various clubs. In addition to his parents, he was preceded in death by his brother John A. Wiltse.  Bob is survived by his wife of 50 years Judith A. (Brow) Wiltse, daughter Molly E. (Wiltse) Folsom (Thomas G. III), brother Lee Wiltse (Leonore), sister Ann Bonevich, and brother Carroll Wiltse.  A memorial visitation will be held at Linnemann Funeral Home in Burlington, KY from 11am until 12 noon on Thursday, November 11, 2021.  A memorial service will immediately follow the visitation.  A reception will be held at the Linnemann Funeral Home Burlington Event Center following the memorial service.  Memorial contributions can be made to the Parkinson’s Foundation 200 SE 1st. St. Suite 800 Miami, FL 33131.  Online condolences can be made at www.Linnemannfuneralhomes.com

I apologize for the lateness of this posting but have been a bit pre-occupied with Gail’s situation. We were so sorry to hear of Bob’s passing but know that the recent years have been a struggle for him and the family. You are all in our thoughts and prayers and wish you strength and peace as you move forward from this loss. Much Love, Gail, Keith and Kelly.

Bob was my supervisor at U.S. Customs in Oceanside, CA in the early 90s. He was a very experienced federal investigator (from his time in Detroit, Los Angeles, and San Diego). For all things considered, Bob was pretty laid-back and even tempered. He was quick to tell a funny story (usually about something that happened to another agent).

I remember he would often run before work in the morning, and follow it up with his regular breakfast – a donut and Diet Coke. While eating his breakfast, Bob would complete the New York Times crossword puzzle in ink (before the Internet or google).