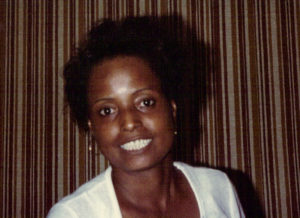 Mary A. Jackson, 74, of Pittsburgh, PA passed away Tuesday, March 12, 2019 at St. Elizabeth Hospice Facility in Edgewood, KY. Mary was born on April 20, 1944 in Pittsburgh, PA to the late Leonard and Minnie Fletcher. She was a former member of Central Baptist Church in Pittsburgh, and a member of the Eastern Star. Her brother, Henry Gregory also preceded her in death. Mary is survived by her loving children: Dory Branch (Alan), Richard Jackson (Gina), and David Jackson (Rosaida), her beloved grandchildren: Tasha Branch, Alan Branch Jr., Marcus Jackson, Isaiah Jackson, Asia Jackson, Richard Jackson III, Deron Mitchell, Shayna Jackson, Denisha Jackson, and Donna Arroyo, her dear siblings: Denise Carter and Leonard Fletcher, and 2 great-grandchildren. A visitation will be held for Mary on Saturday, March 16, 2019 from 11 AM until 1 PM at Linnemann Funeral Home, 1940 Burlington Pike, Burlington, KY 41005. A service will be held following the visitation at 1 PM at the Funeral Home. Burial will be handled in private following cremation. In lieu of flowers, her family requests memorial contributions be made to the Alzheimer’s Association Greater Cincinnati Chapter at 644 Linn Street, Suite 1026, Cincinnati, OH 45203 or to the Charity of your choice.

My condolences for your loss. The Bible promises that there will come a time when death no longer rob us of our loved ones. 1 Corinthians 15:26. It tells us that this enemy will be eliminated. Isaiah 25:8. Until that time we can take comfort in knowing our heavenly father knows our pain. 2 Corinthians 1:3,4