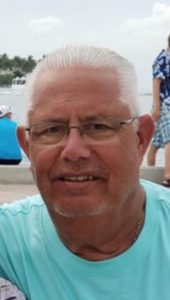 John “Jay” Bauerle, age 70, of Florence, passed away suddenly on Sunday, August 8, 2021. John was born in Dayton, Kentucky on October 17, 1950, to the late John and Amo Bauerle. John proudly served the community as a member of the Kentucky State Police, and he graduated from class 45 in 1972, John Bauerle was first assigned to Post 6 to work in Boone County before he was assigned to work General Investigations, also from Post 6. He moved on to DESI East Special Investigations(1982) in Lexington where he stayed until he was assigned to a DEA Task Force at the Greater Cincinnati Airport in 1989.  John retired in 1996, but during his time with KSP received the Sharp Shooter Award and the Safe Driving Pin – 100 thousand mile and never had a chargeable accident. He remained a LEO for the Boone County Sheriff’s Department as the first SRO in the county for 12 years and as a CSO at the Justice Center for another 5 years before retiring in 2014.

He was also a proud member of the F.O.P, KSPPA, and KSPRO.  John is survived by his loving wife of 44 years, Linda Bauerle, his daughter, Kelly (Ralph) Buys, his granddaughters: Alex and Madie Buys, his siblings, Scott (Vicky) Bauerle and Greg (Sandy) Bauerle, Nieces, Julie, Jessica, and Evangeline Bauerle, Whitney and Haley Cundiff, his nephew: Johnny Borman, his cousin, James “Jim” Parsons, his sister-in-law, Debbie (Tim) Cundiff, and his beloved dog, Hank. He is preceded in death by his mother and father-in-law, Sharon and Elmer Borman, his maternal grandfather, James “Poppy” Stewart, his aunt, Julia Banfield, his brother-in-law: John Borman, and his beloved dog, John Henry. A visitation for John will be held on Friday, August 13, 2021 from 11:00 A.M. until 3:00 P.M at Linnemann Funeral Home, 1940 Burlington Pike, Burlington, KY 41005.  A service will be held at 3:00 P.M. following the visitation. He will be laid to rest   at Burlington Cemetery following the services.

IN MEMORY OF JOHN BAUERLE

Mr. Bauerle was a great man. He kept us safe at our school as the S.O. He was always there for the kids with a joke, smile or a helping hand. He will be greatly missed and my prayers go out to his family, close friends & neighbors. God has received a great angel up there.

He will be so missed…

Our sincere thoughts and prayers are with you Linda…and all of the family…a great individual and a true mentor to many in law enforcement….fair winds to you my friend…see you on the other side…God bless you!!!

So sad to hear of John’s passing

I am so sad to hear of John’s passing. He was an amazing friend and an amazing SRO that I had the honor to work with for many years. Linda and Kelly, I will be praying for you and the family. God bless!

One of the Best.

I was lucky to have know John as a law enforcement officer, security officer at St. Elizabeth and best of all as a bowler in the Criminal justice league when it was at Bellewood Lanes. John was just a great man, nothing more could I say to top that.

Sorry for your loss.

I had the pleasure to work with John at R.A. Jones and he was such a good guy. He will be missed and I wish the family peace.

Sorry to hear about this. I enjoyed running into to him in the neighborhood or at Cooper. Always a pleasant time.

It is with great sadness to hear of John’s passing. He was a wonderful man and role model to all that came in contact with him. He made a difference in many adults and students lives. Rest In Peace my friend.

Only knew you from your friendly smile and pleasant conversation on the street we share, but recognized you as such a good person who would have offered a helping hand if needed. Appreciate your years of service in law enforcement. Condolences to Linda and the rest of your family.