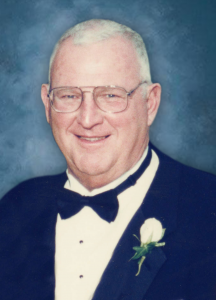 James H. Linesch age 84 of Union, Kentucky passed away on Sunday, March 13, 2022. He was born in Cincinnati on December 8, 1937 to the late Charles and Elvera Linesch. James had a lifetime career in sales which led to owning his own business, Fasteners Express. He loved to travel with his late wife, Sharon. His claim to fame was his appearance on The David Letterman Show – he and his dog Gretchen starred in the “Stupid Pet Tricks” segment where she gave him a massage. James was also an avid Cincinnati Reds Baseball fan. He listened to every game on his transistor radio that he kept in his shirt pocket. He even went to Florida on occasion to watch the Reds spring training games.

James is preceded in death by his sister, Janet Simes, and his brother, Leo Linesch.

He is survived by his children, Teri (Rick) Schultz, and Doug (Donna) Linesch and two grandchildren, Hanna and Emily Linesch.

Services for James will be held Tuesday, March 22, 2022 at 11:30 AM at St. Agnes church followed by a burial at St. Mary’s Cemetery in Fort Mitchell.

James will be deeply missed by those who knew and loved him.

In lieu of flowers donations can be made to the Northern Kentucky Humane Society at https://www.kyhumane.org/ways-to-give/donate/.