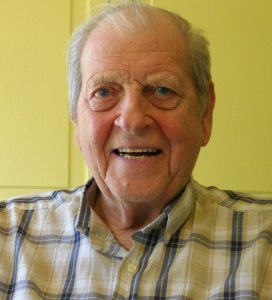 F.G. (Frank) Jones, 93 of Hebron, KY, passed away on June 16, 2022. He proudly served his country in the Korean War in the United States Army. He later retired as the Chief of Emergency Management from the United States Army Corp of Civil Engineers. He was a long-time member of Hebron Baptist Church, Hebron Lion’s Club and the University of Kentucky Alumni.

Visitation will be held on Saturday, July 2, 2022 from 2pm to 6pm at Linnemann Funeral Homes, Burlington. Online condolences can be left at www.LinnemannFuneralHomes.com

As the Director of Information Management (DIM), I had the pleasure of working with Frank over a 10 year period. As real – and training – emergencies surfaced in the Ohio River Division [later Great Lakes and Ohio River Division], Frank and I worked closely during these real and practice exercises. Frank was a consummate professional and close working friend. While I rarely saw Frank after retirement, I have fond remembrances of our extensive working relationship. Walter D. Golladay, DIM, 1989 – 1998.