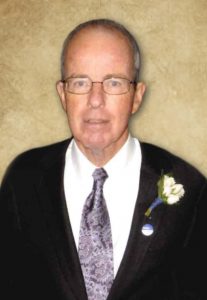 Donald H. Rolf Jr., 81, of Villa Hills, KY, passed away on Friday, November 19, 2021 at Marjorie P. Lee surrounded by his loving family. He was a 1958 graduate of Reading High School, a 1964 graduate of the University of Cincinnati, where he also obtained his Juris Doctorate in 1967.

Don was an attorney and banker. He began his career at the prosecutor’s office before transitioning into private practice with his father. He last actively practiced law at Rolf and Kirkwood.  In 1984, he became President of People’s Savings and Loan. He led its conversion to a consumer bank, and guided its initial public offering.  Don also served on numerous boards and helped to create the Gorman Heritage Farm and Foundation.

Don enjoyed traveling domestically and globally with his family, playing sports, especially golf, and he loved spending time in nature.  He was an avid reader of history and of crime fiction, a crossword puzzle devotee, loved fine dining and the arts, and was a football and basketball fan.

He was preceded in death by his parents, Donald Sr. and Irma Rolf, and his wife of 38 years, Rebecca Rolf.

Services will be held at the convenience of the family.

Memorial contributions can be made to the Gorman Heritage Farm 10052 Reading Rd. Cincinnati, OH 45241 (www.gormanfarm.org)

To share a memory or leave a condolence, please visit: www.linnemannfuneralhomes.com

I had just started as Director at Cincinnati Nature Center in January 1996 when I met Do. He was representing the interests of Dorothy & Jim in the gift of the farm to the Nature Center. He then served on the Nature Center board for a number of years. It was a pleasure to work with him. He was always consistent in ensuring we realized Dorothy & Jim’s vision for the farm. However, he was also very realistic about what was possible and helped Dorothy & Jim understand. We could not have done the deal and developed the farm and program without Don! Always a gentleman with a great sense of humor.

I wish all of the Rolf family members condolences in Don’s passing. We lost another gone man!