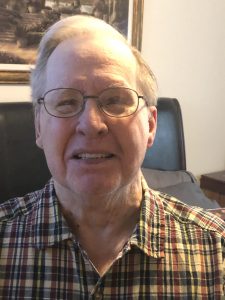 Daniel James Huard, 82, of Burlington, KY, passed away on Monday, July 4, 2021 at his residence. Dan retired as a manufacturing and production supervisor for the Aircraft Industry. He also was a United States Navy Veteran, who served in the Pacific Theatre, but most importantly, he loved his family and they will miss him dearly.

Dan was preceded in death by his parents, Edward Huard and Anna Mae Kushner; his wife, Jacqueline Huard; and his brother, Myles Huard.

He is survived by his daughter, Yvette (Dave) Barber, and his brother, John (Dorothy) Huard.

Graveside services for Dan will be on Thursday, July 15, 2021 at 11:00AM at Kentucky Veterans Cemetery North in Williamstown, KY.

In lieu of flowers, memorial contributions to the charity of donor’s choice.

To share a memory of Dan or leave a condolence, please go to: www.linnemannfuneralhomes.com.