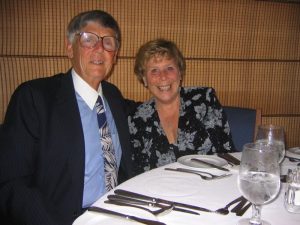 Robert “Bob” Leslie Anderson, 81, of Burlington, KY, passed away on May 5, 2021 at Hospice Care of St. Elizabeth in Edgewood, KY, surrounded by his loving wife, Karen, and brother, Tom Anderson. Bob was a graduate of Georgetown University in Kentucky, received his Masters rank 1 from Northern Kentucky University, and was a beloved environmental teacher in Boone County Schools for over 31 years. After he retired he taught 10 years at The Boone County Environmental Education Center. Bob enjoyed family vacations and educational travel to all continents. He will be missed dearly by his former students from Conner and Ryle High School. Bob was a longtime member of Immanuel United Methodist Church, but most importantly, Bob shared a love of the great outdoors with his wife and family.

Bob was preceded in death by his parents, Robert and Sarah Anderson; his sister, Grace Fulmer; his in-laws, Joe and Macil Damron; and his brother-in-law, Earl Damron

A memorial visitation for Bob will take place on Thursday, May 20, 2021 from 2:00PM-5:00PM at Immanuel United Methodist Church in Lakeside Park, KY. A memorial service will follow the visitation at 5:00PM at the church.

To share a memory or leave a condolence, please go to: www.linnemannfuneralhomes.com.

Mr. Anderson was my 9th grade biology teacher and got me started in my life’s work. His enthusiasm for biology, teaching and stimulating the minds of his students was the reason I got into science. I carried with me his love of the unknown through a Ph.D. in molecular biology and now as a principal investigator of a lab studying cancer. I try to mentor my graduate students the same way he taught his classes, with warmth, humor and a sense of awe. They say teachers never die, they live on in the lives of their students. Nothing could be more true for Mr. Anderson.
–Randy Strich

Mr. Anderson was my biology teacher at Conner. He made every student feel like his favorite student. His sense of humor made his classroom so vibrant and fun! Later on, as I taught at Kelly Elementary, he became known as Mr.Bob. He came to school as a guest speaker in science classrooms. One day I came in from recess bundled up in a coat and wool scarf. He quipped, “ What are you going to do when it gets cold?” The most precious memory I have of Mr. Bob, though, comes from Camp Carlisle. During the story of Daniel Boone’s daughter’s capture by Native Americans, Mr. Bob would shout out unexpectedly from the back of the room, “Get down, Jemima!” Everyone would jump! He did this year after year and when he no longer worked the camp, the tradition continued with the other storytellers. Hundreds of kids remember that story because of his theatrics! He was a wonderful man who loved the great outdoors and shared that with countless students. He was a Christian too so I know he is exploring the wonders of heaven right now. He will truly be missed!
-Glenda Raney

To: The Anderson Family

We were saddened to hear of Bob’s passing.
It was a privilege and pleasure to have worked with both Bob and Karen In the Boone County school system.
Our thoughts and prayers are with Bob’s family and many, many friends during this difficult time.
Our deepest sympathy,
Lou and Donna Dahmann and Family