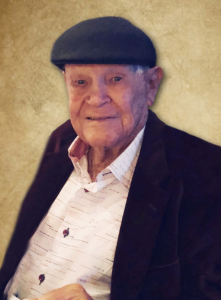 Robert “Bob” Cox, Jr., 93, of Edgewood, KY, passed away on Sunday, July 4, 2021 at St. Elizabeth Hospital in Edgewood, KY, surrounded by his loving family. Bob was born on April 20 1928 to the late Emery Robert, Sr. and Beulah (nee: Snodgrass) Cox. He was preceded in death by his loving wife of 52 years, Jacqueline Ann (nee: Meiman) Cox and daughter, Barbara Ann Conley. Bob is survived by his two sons; Darrell (Cindy) Cox and Doug (Mary Kay) Cox. He also leaves behind his significant other, Jayne Newport, son-in-law, James “Jim” Conley along with his grandchildren, Doug Conley, Jordan Cox, Taylor Cox, Ryan Cox, Chase Cox and great grandchild, Calvin Cox. Bob was the co-founder of Limited Motors upon retiring. He proudly served our country in the United States Coast Guard during the Korean War. Bob was a longtime member of Lakeside Christian Church, a KY Colonel, KY Admiral, member of the Masonic Lodge and loved UK Basketball. Visitation will be held on Friday, July 9, 2021 from 12pm to 2pm at Linnemann Funeral Homes, Erlanger, KY with funeral services to follow at 2pm. Interment of ashes will be at Forest Lawn Memorial Park, Erlanger, KY. In lieu of flowers memorial contributions may be made to St Jude Children’s Research Hospital (https://www.stjude.org)

My heartfelt condolences on your loss

I hope you find comfort in good memories during this difficult time.

With Our Deepest Sympathies

While we did not have the privilege of meeting Mr. Cox, we know he must have been a man of greater character as evidenced by his wonderful son, Doug.