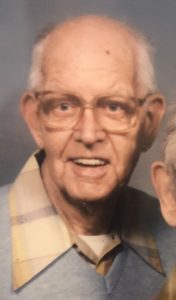 Paul John Rohling, 97, of Villa Hills, KY, passed away on Tuesday, April 28, 2020. Born in Covington, KY on July 31, 1922, he was the son of the late Theodore and Stella Rohling. Paul proudly served his country in the U.S. Navy during WWII and then re-enlisted and served during the Korean Conflict. Paul was also an instructor at the Great Lakes Naval School. He retired from the military as a Senior Chief Petty Officer, serving more than 20 years. Paul was a member of the St. Aloysius Parish before becoming a member of Mother of God Catholic Church. Paul was a handyman who enjoyed woodworking and served as a Boy Scout Troop Leader. In addition to his parents, Paul was preceded in death by his brothers: Leonard Rohling, Gerald Rohling and Walter Rohling and sister: Theresa Rohling “Sr. Mary Bernadette” of the Passionist Nuns of St. Joseph Monastery of Whitesville, KY. Paul is survived by his brother: Robert Rohling and numerous nieces, nephews and cousins. Services will be held privately and at the convenience of the family. Interment: St. John Cemetery, Ft. Mitchell, KY. In lieu of flowers, Memorials are suggested in Pauls name to the Passionist Nuns of St. Joseph Monastery at PossionistNuns.org or to St. Elizabeth Hospice, 483 South Loop Road, Edgewood, KY 41017. Online condolences may be expressed on Facebook or at SerenityFuneralCare.com