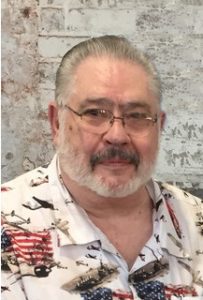 Joe Roderick Richardson, 74, of Union, KY passed away Monday, April 12, 2021 at St. Elizabeth Hospice in Edgewood, KY. His parents, Joe and Shirley Richardson, and his brother, Robert Richardson, preceded him in death. Joe is survived by his loving wife of 27 years, Diane Richardson (nee: Woodley), his children: Joe (Marianne) Richardson, Heather (Chris) Harger, Sean Richardson, David Richardson, Scott (Valerie) Richardson, Steven (Erica) Richardson, and James Richardson, his sister, Alana Ryals, his niece: Shannon Ryals, and many grandchildren. A visitation will be held for Joe on Monday, April 19, 2021 from 10:00 AM until 11:00 AM at Grace Fellowship Church, 9379 Gunpowder Rd, Florence, KY 41042. A service will follow at 11:00 AM at the Church. Joe will be laid to rest on Tuesday, April 20, 2021 at 11:00 AM at Kentucky Veterans Cemetery North, 205 Eibeck Ln, Williamstown, KY 41097. If you are unable to attend in person and would like to live stream the service, you can watch online at https://youtu.be/zQujpCxnMiU on youtube starting at 10:50 AM.

In lieu of flowers, memorial contributions can be made to the Air Warrior Courage Foundation at [email protected], P.O. Box 877, Silver Spring, MD 20918, or to the charity of your choice.

Joe attended the Air Force Academy, and graduated from San Francisco State College. He enlisted in the Air Force in 1969, and graduated from pilot training at Webb AFB, Texas. He flew 215 F-4 combat missions with the 497 Tactical Fighter Squadron, the “Nite Owls”, based at Ubon RTAFB, Thailand. This was the only USAF squadron dedicated to night missions in the Viet Nam War. Needless to say, night missions over enemy territory were extremely dangerous. In December of 1972, Capt. Richardson led several flights during the final days of the war. Joe often joked that he had not wanted to get shot down on the final flight of the war. Luckily that did not happen.

A special bond existed among the fighter pilots, who knew at any moment it might be their final flight. One night a friend ejected over the North Viet Nam jungle. He hung in his parachute waiting for helicopter rescue in the day. During those hours Joe and his backseater flew overhead, talking to their comrade in arms until a Jolly Green could come to pick him up.

He continued his AF career at Lakenheath, England, and at Luke AFB, Arizona. It was at Lakenheath that Joe accepted Jesus Christ as his Lord and Savior. On returning to the US, Joe joined the Oregon Air National Guard, and retired as a Major in November, 1983.

There was no such thing as “retirement” for Joe. He became proudly active in his veterans’ group, the Red River Valley Fighter Pilots Association, or the “River Rats” for short. For many years he served as webmaster for this group, the Air Warrior Courage Foundation, the RATNET, and the Nite Owls. He edited the MIGSweep, the magazine of the Red River Valley Fighter Pilots Association, for many years.

To end on a different note, Joe hated recycling. But he loved God, his country, and his family. Fly safely home, Joe.

Diane —
Our sincerest condolences on Joe’s passing. A fellow warrior and a great friend, Mary and I admired him greatly. God bless.
Dick & Mary Jonas

I forgot to add my name to phone #. Linda Creeden.

Diane,
I wanted to be with you today but have a conflict. Please know that I am with you in spirit. I understand how you are feeling. If you need to talk or just get out of the house please call. 859-760-9730. He’ll be missed.

Sympathy to you all

Diane and all of the Richardson family our deepest sympathy to you all. We do not have words, but Tim and I are glad that we got to visit and break bread with Joe. Thank you for your service will never forget. We know how much Joe and Diane cared for each other and a wonderful endearing marriage. Rest In Peace Joe and prayers to you all for the peace that passes understanding. God Bless You All Love Chris and Tim Bessey and Mandy Rinear