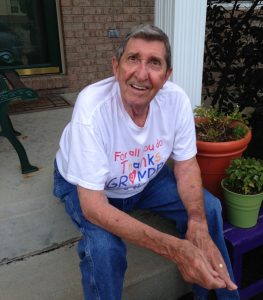 James Donald Damron, age 83, of Harrison, Ohio passed away on January 11, 2020 due to natural causes.

Don was born in Pike County, Kentucky to the late Robert and late Charlene (Hatfield) Damron on April 9, 1936 and moved to the Cincinnati area in early childhood. He graduated Woodrow High School and proudly served his country in the US Army and US Air Force. He was married to Marjorie K. Neely. Prior to retirement, he worked for Texaco Oil Company and HVC Chemical Company. Post retirement, Don spent his time RV’ing and studying WWII militia, a lifelong interest. He enjoyed photography and had a soft spot for animals. He was of the Methodist faith.

Preceding him in death was his beloved wife, Marjorie K. Damron, daughter Donna K. Cooper and his parents.

In lieu of flowers, donations may be made to St. Elizabeth Foundation, c/o Hospice Wish List, 1 Medical Village Drive, Edgewood, KY 41017 or the Humane Society for Hamilton County, Cincinnati, OH (www.hamiltonhumane.com). A private family ceremony will be held at a later date.