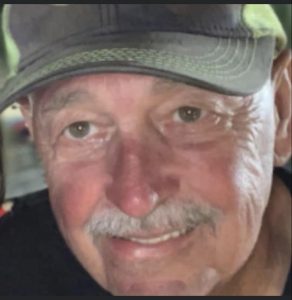 Earl Leroy Owens, 69, of Ryland Heights, KY passed away peacefully in his home on August 31, 2020. He was preceded in death by his mother and father Gilbert and Edna Owens, brother John Owens, sisters Venna Owens and Glenda Parks along with his great grandbaby Everleigh Faith. He is survived by his daughters Julie (Jon) Redman and Carie (Dave) Studer, bonus son Johnathon Cox and their mother Cindy McKinley. He adored his grandchildren Aubrie, Cayden, Ivan, Kiegan, Hadley, Julian, Haelan, Troy, Adrian, Asher and his great granddaughter Finleigh. Earl is also survived by his significant other Barbara Thomas and his siblings Russell, Ray, Greta, Sandra and Pam along with many nieces and nephews. Earl was a jack of all trades but retired from CSX Railroad where he worked as a train conductor for 35+ years. He was a kind and loving man and would give the shirt off his back if he saw someone was in need. Earl enjoyed spending time with family and friends, hanging out at his favorite fishing lake playing cornhole and cards. He also enjoyed gardening, hunting and watching old westerns. A celebration of his life will be held at 4:00 on Saturday, September 12th at Casterline’s Fishing Lake in Ryland Heights. In lieu of flowers memorial contributions may be made to St. Jude Children’s Research Hospital (www.stjude.org) Online condolences can be left at www.linnemannfuneralhomes.com