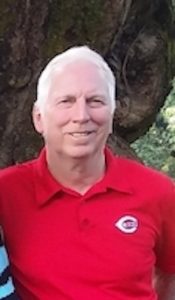 Donald Edward Munninghoff, 71, of Burlington, KY passed away peacefully on Friday, May 13, 2022 at St. Elizabeth Hospital in Florence, KY. He was born December 19, 1950 in Dayton, KY to the late Robert and Marion Munninghoff. Donald was a devout catholic and his faith was very important to him. He was a member of Immaculate Heart of Mary Church in Burlington, KY. Donald was active in the church and attended many of their prayer groups up until he got sick. He was also an avid runner, he had run several marathons including; the Boston, Cleveland, Flying Pig, Turkey Trot and numerous other marathons and 5k’s. He was active in many running groups and had made many life long friends throughout his running career. He also enjoyed painting and he was very proud of his artwork. Donald was also a devoted husband, father and grandfather, and he always made his family his top priority. He worked in the Insurance practice of Munninghoff, Lange and Co. and was very proud of his work. Donald is survived by his loving wife of 41 years: Patrice Munninghoff, his beloved children: Maggie Munninghoff and Michael (Mary) Munninghoff, his cherished grandchildren: Michael Munninghoff Jr. and Mya Munninghoff, his dear siblings: Bob (Carol) Munninghoff, Tom Munninghoff, sister-in-law, Mag Munninghoff, Bill (Alice) Munninghoff, Ken (Kathy) Munninghoff, Barb (Jim) Licalzi, as well as several other loving nieces, nephews, cousins, and friends. A memorial visitation will be held for Donald on Wednesday, May 18, 2022 from 9:00AM until 11:30AM at Linnemann Funeral Home, 1940 Burlington Pike, Burlington, KY 41005. A memorial Mass will be held at 12:00 PM at Immaculate Heart of Mary Church, 5876 Veterans Way, Burlington, KY 41005. He will be laid to rest at St. Mary’s Cemetery in Fort Mitchell immediately following the Mass. A reception will be held following the burial from 1:30PM until 4:00PM at the Whitehouse at Presidents Park, 283 Dudley Rd, Edgewood, KY 41017.  In lieu of flowers, memorial contributions can be made to the American Cancer Society at P.O. Box 22478, Oklahoma City, OK 73123 or online at www.cancer.org or to the charity of the donor’s choice.

My prayers and sympathy for all of you

Dear Patti and all the Munninghoff family.
I am sorry to hear of Donald’s death.
Our community prayed for him before and
after his death. I am sure you will all miss
Donald. You are all in my prayers.
My prayers and sympathy, Mary Agnes Patterson, OSB

So sorry about your dear husband Patti. My prayers are with you and your family during this difficult time.
Maggie Rinehart