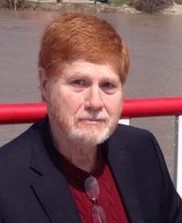 Donald “Don” Wiles of Edgewood passed away on January 12th after a long battle with Parkinson’s Dementia. He was a loving husband, father and Pappap. Don was a Veteran of the United States Air Force and spent six years serving his country. In June of 1968, Don married the love of his life, Sam. and had a daughter together, Morgan. Don and Sam spent a wonderful    50 ½ years together, sharing their love of Harley Davidson Motorcycles. Don also enjoyed golf and was known for being a very intelligent man. His greatest enjoyment however, was that of his grandchildren. He was their Pappap and they were his everything. He will be dearly missed by those who survive him, beloved wife Aurelia “Sam” Wiles; daughter, Morgan A. Neubauer (John), and grandchildren, Katelyn A. Moen and John Michael Neubauer. He is preceded in death by his parents, Howard and Dolores Wiles. A visitation will be held on Friday evening, January 18th, from 5:00 p.m. – 8:00 p.m. with a funeral service on Saturday, January 19th at 10:00AM, both at Linnemann Funeral Home, Erlanger, KY. Entombment will follow at Forest Lawn Memorial Park. Donations in Don’s name can be made to Parkinson’s Wellness 260 Stetson Street. Ste 2300 Cincinnati, OH 45267-0525.

Please leave a message of comfort for the family under the “condolences” tab.

From the Marr Family

To Sam and Morgan
We were deeply saddened to hear of Don’s passing.
Over the last couple of days we have been reminiscing of Don . We have such wonderful memories
of him personally and professionally. We always spoke together about the bond of feeling like we were brothers, even though
we lost contact over the last years I certainly have not forgotten him. Such a gem of a man with a zest for life and passion for his family.
Unfortunately we heard only on Friday so were unable to attend his service We send you all our love and condolences. When you are up to it Sam we would love to hear from you [email protected]
Steve and Judi Marr