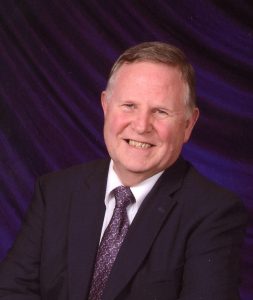 Dennis was preceded in death by his parents, Clarence and Betty Jean Durham, and his son-in-law, Steven Lewis Jr.

He leaves behind his loving wife of 40 years, Debra Durham; his children, Nicole Lewis-Kearney and Christopher Durham; his siblings, Leora Taylor and Michael Durham; his nephews, John Taylor and Mark Taylor; and his niece, Nicky (Kevin) Brice.

Dennis also leaves behind his grandnieces and grandnephew, Xaria and Xavier Taylor, and Annalie and Charlotte Brice.

Dennis spent his early years growing up in Arizona, California, and Topeka, KS. His father, Clarence, a Pearl Harbor survivor, worked for the Santa Fe Railroad. His mother, Betty Jean, was a homemaker and then as an LPN. Dennis had a sister, Leora, and a brother, Michael.

Upon graduation from Highland Park, he went to Washburn University and gained an English and Literature Degree. He also completed a Masters of Arts in Biblical Studies at Dallas Theological Seminary from 1976-1982.

His 15 year career with Youth For Christ began in Topeka, then to Long Island, NY, Baltimore, MD, back to Topeka, and then to St. Cloud State, where he met his wife, Debra, through his friend and Pastor of Calvary Baptist Church, Bruce Nelson. They were married on June 20, 1981. They then moved to BelAir, MD, where Dennis completed his last two years with Youth for Christ.

Dennis and Debra raised their two children, Nicole and Christopher in BelAir, MD, where they resided for 34 years. They homeschooled their children and they were very active in their church and in ministry to neighbors. In support of their homeschooling, they traveled all over the United States.

When Dennis retired from Youth for Christ, he held numerous manager jobs at Klein Grocery Store, Kefauvers Hardware Store, and Walgreens. He was an extremely hard worker and loved caring for and providing for his family.

Dennis wrote two full length biblical fiction dramas which he directed at his church Fellowship Chapel. Later, he wrote a play dramatizing the story of Esther and Mordecai, which had not yet been presented.

His main spiritual gift was teaching. He desired to see as many as possible enter the blessed relationship of knowing Christ and having the hope of glory in the soul. He wanted to train others in God’s word in order to equip them.

After Nicole and Christopher left home, Dennis and Debra continued to minister to neighbors and had gatherings to share the Gospel. They also put together many Thanksgiving gatherings at the church.

Dennis and Debra attended BGEA counseling courses for the 2006 Franklin Graham Festival in Baltimore and then they were able to get into the ground level of the new Billy Graham TV-Telephone Ministry Center. They worked the phones and had the privilege to lead scores of individuals to a relationship with Christ.

Debra volunteered at Birthright for over 11 years, preparing layetts for unwed mothers and their infants and Dennis would often help her or do maintenance chores in the office.

Dennis and Debra moved to Burlington, KY in December 2013, so that Dennis could work as a bookstore manager for AIG at the Creation Museum. He was honored to work with such accomplished and accredited staff, authors, scientists, Doctors, astronomers, artists, and sculptors. He also enjoyed helping people from all over the world to find the right resources for their questions and needs.

Together, Dennis and Debra enjoyed their church involvement, hiking, photography, studying various topics, reading together, visiting art museums, theatre, music, and traveling around the USA along with a mission trip to Israel in November of 2013.

They celebrated their 40th wedding anniversary in June, collecting shells and taking photographs of shore birds in Florida.

Dennis enjoyed sharing his life stories and adventures with anyone he struck up a conversation with. He was a wonderful, loving, and devoted husband and he loved his children. He will be missed dearly.

A graveside service for Dennis will be held at the convenience of the family at Burlington Cemetery in Burlington, KY.

To share a memory of Dennis or leave a condolence, please go to: www.linnemannfuneralhomes.com

16 For God so loved the world that he gave his one and only Son, that whoever believes in him shall not perish but have eternal life. 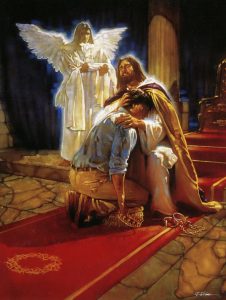 A Great Example to Imitate.

Dennis served the Lord his entire life, and I saw firsthand how much love he had for his coworkers and for every guest who visited the Creation Museum. He could appear strict at times, but it all came from his desire to teach others, young and old. Dennis was always recommending different books, videos, travel destinations, restaurants…Dennis knew a lot of stuff. He once let me borrow his old, fragile copies of C.S. Lewis’ “Space Trilogy” (and wouldn’t take “no” for an answer), and I enjoyed reading each book, but the real reward was getting to discuss them with Dennis. He leaves behind a great example for us to imitate.

Dennis was the first person I ever worked with at the Creation Museum Bookstore. He wisely guided me and taught be how to properly care for Legacy Hall and how to best organize it so the guests would be impressed. He was one of the hardest workers I’ve ever met and he did everything with a strong drive to serve his Heavenly Father. My heart aches as he was truly like another grandfather to me. But I’m overjoyed I will see him again in the coming life, praising and glorifying God with new bodies.

Dennis was a dear man gifted with many talents. He was an amazing photographer, a naturalist, an ornithologist, a Bible scholar, and most of all a dear friend and brother in Christ. He will be greatly missed. We know that he is now experiencing joy unspeakable and full of glory. We send much love to Debra, Nicole, and Christopher. Larry and Vicky Bohlman

Debra;
We will miss our conversations with Dennis. The knowledge he had was INCREDIBLE!!! He was an inspiration to me as I witnessed his joy in talking about you, the kids, his faith, and the Creation Museum. John and I feel VERY blessed to have know Dennis and spend time with him. Our hearts are sad for you Deb but know that Dennis was welcomed into heaven by Mom and those he loved that had gone before him. He is in his “GLORY” place talking to everyone! He will be missed by many. LOVE YOU DENNIS!!!!
John and Sherry Weber