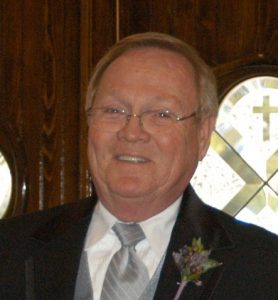 Daniel L. Richards, 77, of Florence, KY passed away Thursday, March 5, 2020 at Coldspring Transitional Care Center in Coldspring, KY.  Following high school, Dan proudly served his country as a member of the US Navy. After his time in the Navy Dan settled back in Northern Kentucky, and he eventually purchased the Burlington Grocery Store, which he owned and operated for several years. Dan enjoyed playing horseshoes, something he was very good at. He was also referred to as the “stinky stick”, because he liked to stir the pot. Dan was a loving husband, father, and grandfather, and he will be dearly missed. He was preceded in death by his parents: Francis and Ada Richards, his daughter: Becky Richards, and his brother: Jim Richards. Dan is survived by his loving wife of 22 years: Peggy Richards, his beloved children: Susan (Mike) Bunnell, Lee (Nicole) Thompson, Tracy (Chris) Jasany, and Josh Thompson, he had 8 cherished grandchildren, and his dear siblings: John (Mary) Richards, Rich (Linda) Richards, Michael (Carla) Richards, Patrick (Mary) Richards, and Carol Ann (Terry) Ansel. A memorial visitation will be held for Dan on Monday, March 9, 2020 from 11am until 1pm at Linnemann Funeral Home, 1940 Burlington Pike, Burlington, KY 41005. A memorial service will be immediately following the visitation at 1pm at the Funeral Home. Memorial contributions can be made to the Alzheimer’s Association at 225 N. Michigan Ave., Fl. 17, Chicago, IL 60601.