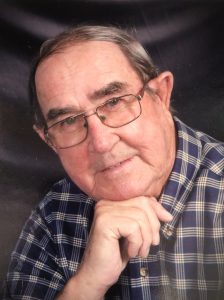 Burney Eugene Howard, 87, of Florence, KY passed away Monday, June 7, 2021 in Venice, FL. He was born December 14, 1933 in Wallins Creek, KY to the late Wilson and Irene Howard. Following high school, Burney proudly served his country as a member of the U.S. Navy. He was a member of Calvary Baptist Church in Wilmington, OH, and his faith was very important to him. Burney was a hard workingman; he worked for over 29 years at Chrysler in different positions on their assembly line. He was also a fun-loving man; he was a devoted UK Wildcats and Corbin Redhounds Fan. He was also an avid fisherman and woodworker. He was preceded in death by his parents, his first wife: Joann Ludwig, and his brother, Don Howard. Burney is survived by his loving wife: Beverly Howard, his beloved children: Michael (Mary) Howard, Theresa Fannin, and Lisa (Bob) Weiss, his cherished grandchildren: Christopher Howard, Aaron Fannin, Joey Howard, Tyler Fannin, and Ryan Weiss, his great-grandchildren: Brayden Howard, Conner Howard, Sieanna Fannin, Ellis Fannin, and Hadley Fannin, his stepson: Kevin (Dawn) Barton, his brothers: Robert (Daisy) Howard, and Bill (Anna Lee) Howard, his brother/sister-in-law: David and Phyllis Chandler and several other loving nieces and nephews. A visitation will be held for Burney on Wednesday, June 16, 2021 from 11 AM until 1 PM at Linnemann Funeral Home, 1940 Burlington Pike, Burlington, KY 41005. A service will be held following the visitation at 1 PM at the Funeral Home. Burney will be laid to rest on Thursday, June 17, 2021 at 1 PM at Calvary Cemetery in Dayton, OH. In lieu of flowers, memorial contributions can be made to St. Jude’s Children’s Research Hospital at 501 St. Jude Place • Memphis, TN 38105 or to the American Cancer Society at P.O. Box 42040, Oklahoma City, Oklahoma 73123-3000.